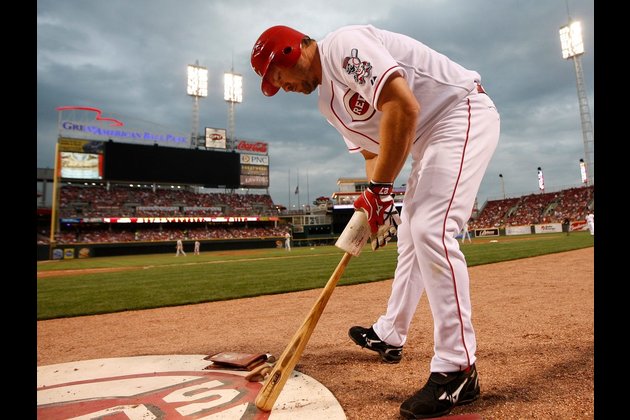 Scott Rolen and Todd Helton, who hit a combined 685 home runs in 4,285 major league games, are looking for one more trip around the bases.

On Tuesday night, Rolen and Helton are hopeful their chance for a curtain call will arrive when Baseball Hall of Fame voting results are announced at 6 PM EST on MLB Network.

With none of the first-timers on the ballot expected to receive anywhere near the 75 percent of the vote - cast by eligible members of the Baseball Writers Association of America - necessary for induction, Rolen and Helton are the most likely candidates to avoid the second BBWAA shutout in the last three years.

Any candidates elected via the BBWAA ballot will be inducted along with Fred McGriff in a ceremony scheduled for July 23 in Cooperstown, N.Y. McGriff, who hit 493 career homers, was unanimously elected by the 16-member Contemporary Baseball Players Committee on Dec. 4.

As of late Sunday night, Rolen and Helton - at 79.3 percent apiece - were the only candidates polling at more than 75 percent at Ryan Thibodaux's Baseball Hall of Fame Tracker, which tabulates the votes of the BBWAA members who have made their ballots public. Former closer Billy Wagner was just behind at 73.3 percent.

But fewer than 50 percent of the ballots were known, and candidates' share of the vote is usually smaller in the final tally than the smaller sample size of publicly revealed ballots.

David Ortiz, the only player elected via the BBWAA in 2021, received 79.8 percent of the publicly revealed vote. He had 77.9 percent he received in the full balloting. The final percentage for the next six candidates behind Ortiz - Rolen, Helton and Wagner along with Barry Bonds, Roger Clemens and Curt Schilling, all of whom were in their 10th and final year on the ballot - was between 2.1 percent and 6.6 percent lower than their public vote percentage.

Rolen won eight Gold Gloves at third base and was named to seven All-Star teams from 1996 through 2012. He received 63.2 percent of the vote in his fifth year on the ballot last year. Helton, who won three Gold Gloves and earned four Silver Sluggers over a 17-season career spent entirely with the Colorado Rockies, received 52 percent in his fourth year of eligibility.

The lone first-timers likely to receive the five percent of the ballot necessary to remain on the ballot are Carlos Beltran and Francisco Rodriguez. Beltran hit 435 homers and made nine All-Stars teams, but his candidacy is expected to suffer initially after he was the only player on the 2017 Houston Astros named in Major League Baseball's report on the sign-stealing system used by the World Series-winning Astros.