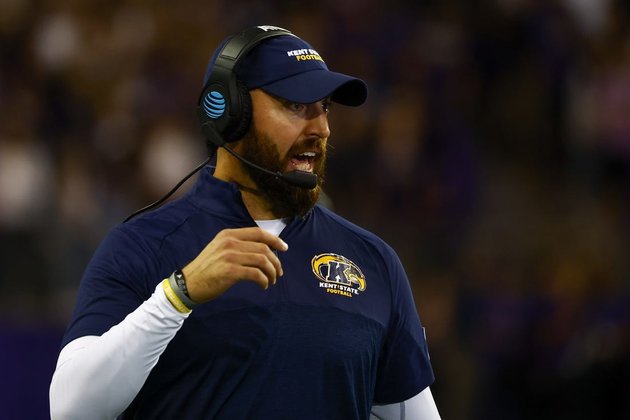 Lewis, 36, produced a 24-31 record with the Golden Flashes, guiding the team to two bowl games in five seasons. They beat Utah State in the 2019 Frisco Bowl, the first bowl victory in school history. Kent State went 5-7 this year, 4-4 in the Mid-American Conference.

As the play-caller for Kent State, Lewis became known for his team's hurry-up pace. According to ESPN, the Golden Flashes had the fourth-fastest offensive pace in the nation this year, averaging 30.1 seconds of actual time between snaps.

According to multiple media reports, Lewis was a candidate to be the new head coach at Cincinnati, but the Bearcats hired ex-Louisville coach Scott Satterfield earlier Monday.

Sanders arrives at Colorado after a successful stint at Jackson State, where he went 27-5 in three seasons. In his first meeting with the Buffaloes players, he encouraged them all to enter the transfer portal, saying he plans to bring in his own players.

The incoming group is expected to be headed by Sanders' son, Shedeur Sanders, who threw for 6,614 yards and 66 touchdowns over the past two seasons at Jackson State.

The Buffaloes went 1-11 in 2022, firing head coach Karl Dorrell after an 0-5 start and then finishing up under interim coach Mike Sanford. Colorado lost its last six games.